British cross-country skier, who has competed for Team GB for ten years, including 2x Winter Olympics.

Competed in the 2010 and 2014 Winter Olympics, the FIS Nordic World Ski Championships, the Cross-Country Skiing World Cup, and was the first Briton to reach the podium finishing third in a sprint event in the 2015–16 FIS Cross-Country World Cup. 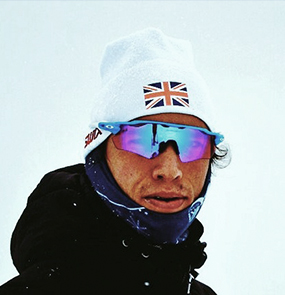 Andrew is currently training and racing out of Lillehammer, Norway. He has competed in XC skiing for over ten years and was introduced to the sport at the tender age of just 2. He learned to ski through the Huntly Nordic Ski Club in the north east of Scotland. In the 2015/16 season, Andrew achieved his first ever World Cup podium, finishing 3rd in the freestyle sprint in Toblach, Italy before Christmas. He's had several top 10 World Cup results, all in the freestyle sprint. In his best season, he finished 17th in the overall sprint World Cup rankings. Andrew currently works with Norwegian sprint coach, Jostein Vinjerui. They are now in their 4th season of working together. The main goal for the 2018/19 season is the freestyle sprint at the World Championships in Seefeld, Austria.