French Freediver, Arthur Guerin-Boeri is five-time World Champion and the most decorated Frenchman in the history of the sport. 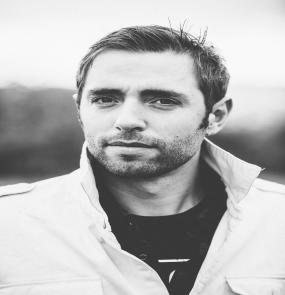 "People should not be afraid of freediving. It's a simple way to self-realisation through overpassing ourselves."

Arthur discovered freediving during his childhood. Already very close to the water in which he loves to dive, in the city of Nice, his hometown, or in Corsica. He began his freediving career in 2011 at the age of 26. Since then, he has accumulated 5 World Champion titles, and 4 world records, including the longest swum distance on breath-hold (300m) and the longest distance swum under ice on breath hold (175m). He is the most decorated Frenchman in the history of this sport. Today, with his experience and stature, Arthur is turning to sharing and striving to make the public aware of the current ecological challenges, through the practice of his sport, in demanding and sensitive audio-visual productions, where human adventure combines with sporting achievements. Through workshops, he transmits his vision of training to freedivers, from beginners to experts. Since 2017, he has been undertaking a speaker's activity. In 2017, he released his first book, Le Bien-Être Sous l'Eau, followed in 2018 by a first feature film: Aquae Rex.