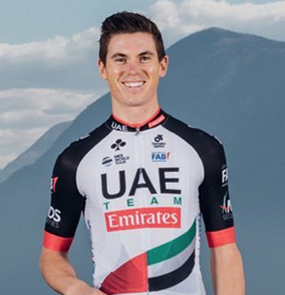 "Confidence is the big difference."

Ben Swift took the tried and trusted route through the British Cycling ranks, turning early success on the track into a successful professional road career. Born in Rotherham, South Yorkshire, Ben Swift is one of the most respected faces within the professional peloton. A decorated cyclist, Ben has four UCI track cycling world championship medals including the 2012 World Championship title in the Scratch Race. Ben made his professional debut in August 2007 winning the King of the Mountains title in the Tour of Britain. During 2008, Ben raced for the British Cycling development squad and represented Great Britain in the 2008 Olympic Games road race. Since his success on the track in 2012, Ben has focused predominantly on the road and taken part in ionic Grand Tour events including the Giro d’Italia, Vuelta an Espana and Tour de France. Ben has recently returned to Team Sky following two years with the UAE Team Emirates and is seeking further podium success at Word Tour events across the globe.