American professional rock climber and adventurer. She is a five-time US National Champion in sport climbing and the first female climber to ascend multiple 5.14 sport climbs. 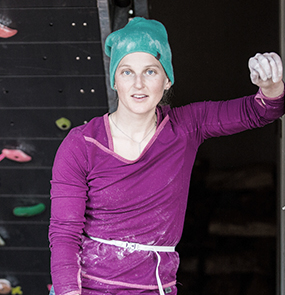 "Play as much as possible. Wake up everyday and do what you are passionate about."

Emily has been a prominent figure in the climbing community since she was a teenager. She has completed numerous first female ascents of 5.14 sport routes, free climbed Yosemite's iconic El Capitan, summited Everest and has been on expeditions all over the world attempting big wall free climbs and high altitude peaks in Nepal, China, Myanmar, Crimea and Morocco. Emily has become a leading female role model, using personal experiences of creative problem solving and overcoming challenges to inspire clientele like ACCT, The North Face Speaker Series, National Geographic LIVE, amongst others. She has been features by ESPN, Vogue, Men's Journal, Cosmopolitan, and Outside Magazine.