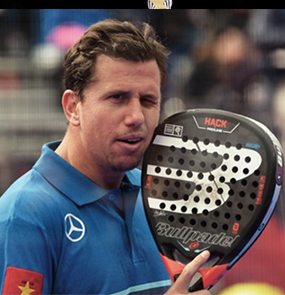 Francisco Navarro Compán, known as Paquito Navarro, is a professional paddle player and is currently one of the best world. His current sports partner is the Brazilian Pablo Lima. Paquito Navarro started playing padel at age 5. At the age of 9 he started to play his first tournaments, drawing the attention of everyone who watched his game. Paquito Navarro is the only Spanish player who has been Spanish Champion in all categories.