British triathlete. She won the European Triathlon Championship in 2017 and silver at the Commonwealth Games in 2018.

Won the European Triathlon Championship in 2017 and won silver in the 2018 Common Wealth Games. 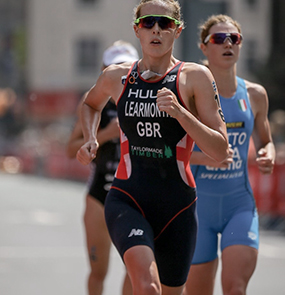 Jess Learmonth created an immediate impression on the triathlon scene. As a relative novice to the sport, she won the European Triathlon Championship in 2017 and went on to win a Commonwealth Games silver medal in 2018. In 2012 Jessica competed in her first year of Triathlon, in this first year she finished an impressive 5th in the Elite Virgin Active Triathlon. Since then Jess has gone on to compete at the highest level in triathlon and has recently been selected to compete at the Commonwealth Games in Australia later this year. Jessica started her sporting career swimming for City of Leeds Swimming Club, competing at a National level.