Jonathan is an all-route athlete who competes in both obstacle crouse racing and skyrunning, the most technical and purest form of mountain running. He is undefeated OCR World Champion and Current Ultra Skyrunning World Champion and winner of both 2016 and 2019 Skyrunning extreme world series. 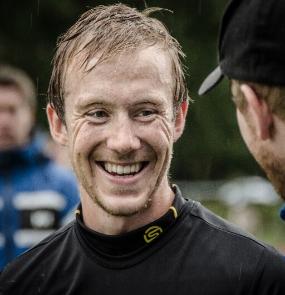 "Through the years I have learnt many lessons the hard way, lessons I now want to share to help other be the best they can be."

Jon is an all-round athlete that finds himself competing in a variety of different types of events and training in many different ways. To make a living from sport and fulfill his love of running he settled on two main types of competition. Skyrunning and obstacle racing. Skyrunning is an extreme form of mountain running that goes beyond simply running off-road. Competitors are often required to run, hike, scramble and climb their way around courses that range from as short as 3km up to over 100k with many 1000m of elevation gain. Since starting Skyrunning Jon has won three skyrunning world series titles as well as one world championship title in the ultra distance. Obstacle races require athletes to run around a course whilst overcoming many natural and man-made obstacles. These races are extremely varied where competitors must be ready to take on any distance, overcome a variety of obstacles and withstand the natural elements. Jon has proven himself a dominant force over the last years winning the OCR World Championships 5 times and the Spartan World Championships twice. He is also one of only a few people to complete over 100miles at the infamous 24 hour Worlds Toughest Mudder event. Jon has also competed in and found success in many other types of races. For example, he holds the race record for the Bergen City Marathon and represented Great Britain at the Ultra Trail World Championships in 2018, finishing a respectable 4th place. To be prepared for races that are so varied Jon must hold himself in excellent form before specifically training for a race in the weeks prior. During the off-season (winter months) he spends the majority of his time skiing. Jon is a proficient cross-country skier (classic, skating, and mountain) but prefers to spend the majority of his time ski touring or randonee. Once the snow starts melting the serious running begins and he meticulously gets himself into form, which he maintains for an exceptionally long season. In 2018 he competed in over 20 different international competitions winning the majority of them. Self-coached Jon has found his own way to success and learned many lessons the hard way. He has now developed a solid training ethos and way of life that he can be proud of and would like to share.