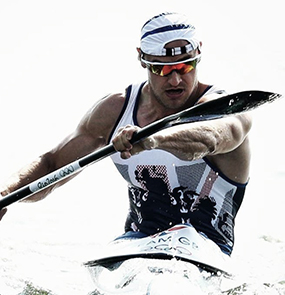 "Arriving at one goal is the starting point to another."

Liam Heath is the reigning Olympic Champion and holds the world's fastest time in the K1 200m, an event he only started competing in seriously in 2016. He is also a multiple Olympic medallist in the K2 200m with his partner Jon Schofield including Rio 2016 silver and London 2012 bronze. They are 3x European Champions and have won silver and bronze medals at the World Championships and multiple medals in the World Cup series. Liam was first introduced to kayaking as part of an organised ‘holiday fun’ activity week at Wey Kayak Club at the age of 10. In amongst other sporting activities, Liam chose to pursue kayaking as it came quickly and naturally to him.