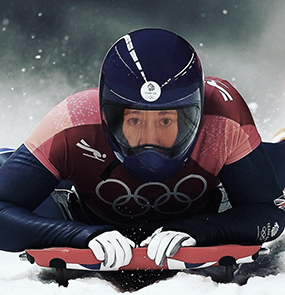 "Sport has given me hope and opportunity, taught me to respect and to believe in myself."

Lizzy Yarnold OBE cemented her place in sporting history after winning every major title in her sport of skeleton in just 407 days. Lizzy won her first World Championship gold medal at the 2015 event in Winterberg, Germany (with two track records) to add to her Grand Slam collection of the Olympic and European titles and the overall World Cup title in the 2013/2014. Lizzy is the second athlete ever and the first British slider to hold the Grand Slam titles at the same time when she was the Olympic, World and European Champion. Lizzy won the Olympic Skeleton event at the Sochi Winter Olympics on 14th February 2014. Lizzy won having led the field in every training run leading up to the Games and over the entire 4 race event - her winning margin of 0.97 seconds was the largest ever. Lizzy was awarded an MBE for Services to Sport in June 2014 and then awarded an OBE in October of 2018.