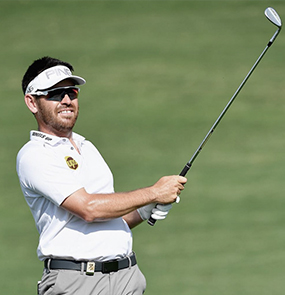 "I always found inspiration in watching the older guys handle themselves. What they did on the golf course gave me a big idea of what I should do or what I need to be doing, and what needed to be done to have the success that I had."

Won the Open Championship in 2010 at St. Andrews by a magnificent seven shots. In 2017, finished in a share of second place at the Players Championship and the US PGA – Louis has now finished 2nd in all four Majors. Won the ISPS Handa Perth International in 2016. Finished runner up in both the US Open and Open Championship in 2015. Came agonisingly close to winning the 2012 Masters, losing out in a playoff to Bubba Watson. During the final round had a historic albatross two on the par 5-second hole. Won the 2012 Maybank Malaysian Open. Career high of 5 in the world ranking in 2012. 13 worldwide tournament wins. Best finishes this year of fifth at Fort Worth, ninth in the WGC – DELL Match Play, fifth at CIMB and third at the Nedbank Golf Challenge.