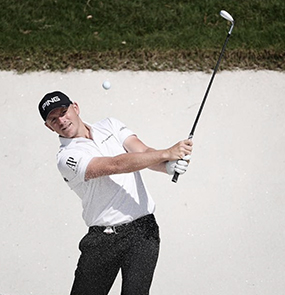 ""That grit and determination, that's what I'm all about.""

Finished fifth at Sun City in South Africa and runner- up in the DP World Tour Championship in Dubai in November 2018 to climb to his highest world ranking to date of 44th. In September 2018 Matt won his fourth European Tour title in 18 months – and third of the season – in amazing style in Denmark, shooting -7 for the last 11 holes before birdieing both playoff holes to claim the win. In June 2018, he won his third European Tour title at the BMW International Open, just three months after claiming the Hero Indian Open in March 2018 - which moved him inside the world top 100 for the first time. Won his maiden title in May 2017 in the co-sanctioned European Tour/Challenge Tour Open de Portugal, where he recorded a wire to wire victory. Matt dominated the 2016 Alps Tour to such an extent rarely seen in modern day golf. He won six out of nine Alps Tour events played in 2016, including five in a row and the season-ending Grand Final. Matt’s rise in the game of golf over the last couple of years has been meteoric and it continues at quite some pace.