Phil is the most sought after specialist putting coach and has worked with many of the world's leading tour players. 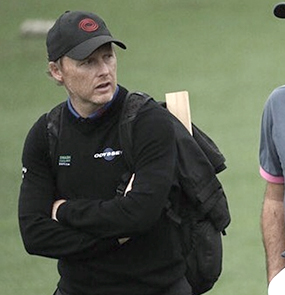 Phil Kenyon currently works with numerous top PGA tour players including Justin Rose, Rory McIlroy and Henrik Stenson to name a few. Before developing his career as putting coach, Phil was a professional golfer and competed worldwide as a tournament professional. Prior to his career in professional golf, Phil gained a Masters Degree in Sports Science. He was also taught by the original "putting doctor", Harold Swash and is now the Principle owner of Harold Swash Putting, a "putting school of excellence" at Formby Hall in the UK. Phil's background in sports science brings a cutting-edge to the putting school. His experience as a player combined with being a coach to the top PGA tour professionals, Phil ensures that anyone entering his putting school is in capable hands.