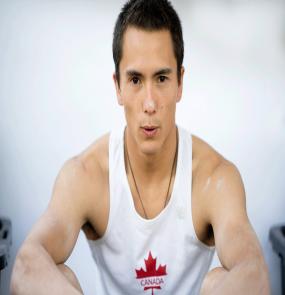 "I am a Canadian Rock Climber from Vancouver and I've loved competing since I was 10 years old. I love pushing the boundaries of our sport, meeting other athletes, and traveling the world."

Sean McColl is an avid 30-year-old sport climber who has been competing for the past 20 years. Sean’s home is in North Vancouver although he lived in France between the years of 2011 and 2016. He has been one of the head and assistant coaches for the 2009-2013 Canadian Youth National Teams. Sean has traveled to Valence (France), Edinburgh (Scotland), Imst (Austria), Singapore and Victoria (Canada) in support of his coaching interests. In 2014 and 2015, Sean’s competition and travel schedule were too hectic for him to be a major part of the Youth Team, he corresponds and helps them via correspondence. As an athlete, Sean’s accomplishments in this sport are numerous, unprecedented and un-repeated for a climber from Canada (and even Pan America) especially since the sport has been and continues to be dominated by European climbers. Sean was the Canadian Youth Champion in his age group every year from 1999-2005 having won every National Championships he attended. During his youth career, Sean claimed 5 world titles; since no other youth competitor has won more titles; this achievement is unsurpassed in youth climbing history to this day. Since Sean started competing on the World Cup circuit, he has won 5 events (2 in bouldering, 3 in lead) and been on the podium another 23 times. Sean has won the Overall Combined Rankings and has been 2nd and 3rd in the Lead and Boulder Overall rankings respectively. As an outdoor climber, Sean has onsighted 5.14a (8b+) and climbed multiple 5.14d’s (9a). On the bouldering side, Sean is one of a dozen climbers in the world to flash the grade of V13 (8B) and redpoint V15 (8C)."