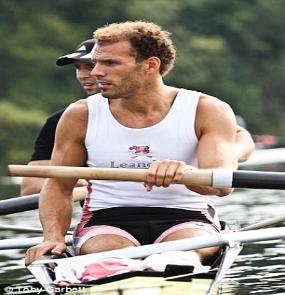 "In elite sport the margins between success and failure are slight, and I have developed the mindset required to sustain performance at this level. I enjoy bringing these methods to training my clients."

Toby Garbett is a 2x Olympian and 2x World Champion rower. He first represented Great Britain aged 19 and competed in 5x World Championships and competed in 2x Olympic Games. Toby has subsequently transitioned from rowing to triathlon. He has gained his second GB vest, becoming National AG Champion in 2012 and 2013 and 6th at the World Triathlon Championships in Hyde Park. Toby’s approach to fitness and well-being is unique and has developed through his own experiences as an Olympic athlete. He has subsequently accumulated a wealth of knowledge and understanding of what it takes to succeed as an athlete. In elite sport, the margins between success and failure are slight andToby has developed the mindset required to sustain performance at this level. During Toby's international rowing career, he experienced illness, injury, and disappointment which tested his motivation to the fullest. Bouncing back from these setbacks gave him a renewed energy and determination which he now brings to his current work as a Personal Trainer, Pilates instructor, and Triathlon Coach.

This experience consists of open water swimming in the Mediterranean Sea, running along the coastline embracing the outstanding natural beauty and cycling through the hillsides. This Mediterranean paradise is the ideal location for triathlon training with a prestigious triathlon coach, Toby Garbett.